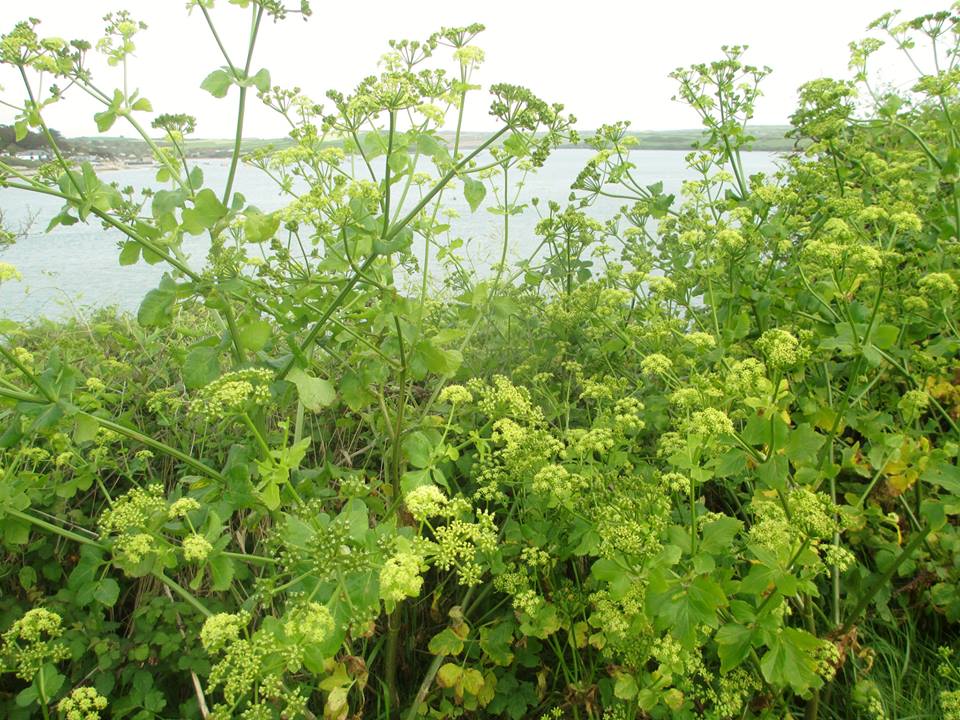 Handspun and naturally dyed – in Cornwall

I so look forward to my trips to Cornwall. It is a coming home for me as my mother grew up there, we spent much of my childhood down there and I lived there some years ago. And I still like nothing more than ambling about gathering stuff and seeing what I can do with it (with permission of course).

So this blog is about the dye experiments I did while I was down there. It was a brilliant opportunity to try some of the plants that are typical of the landscape down there. And what could be more typical than Cornish Valerian (Centranthus ruber) and the brown seaweed seen on the Cornish beaches clinging to the rocks at low tide.

These were two of my less successful tests. Cornish Valerian may be a pretty flower but I have to admit the dye colour was not that great. The brown seaweed was one of those more off the wall experiments but I wanted to try it as I had never come across seaweed being used as a natural dye. Having tried I can see why. But that is the nature of experiments so why include them here.

I gathered 75 grams of valerian flowers which I simmered for 20 mins, then set aside for a couple of hours. I simmered the BFL skein with the flowers for 1 hour. At this point it was like the colour you see in the photograph but paler. I added a tiny pinch of tin and this brought out the yellow tone. Then I added a tiny pinch of iron and this deepened the shade to what I think would be called ‘champagne’.

The seaweed dyed skein was put in a jar along with the seaweed which I had blitzed with the blender. I brought it back home with me and left it in the greenhouse for a further 6 days. It was rather a smelly experiment and not one I would want to repeat! But it did give some colour, a quite pretty soft champagne edging towards beige.

My other experiment was with a plant known as Alexanders (Smyrnium olusatrum). Alexanders can be seen bringing an edge of bright green to the cliffs and hedgrows of Cornwall but in fact it is a meditarranean plant that was introduced to this country by the Romans.It is also what is known as a pot herb and was muched used in cooking until it was replaced by celery.

Alexanders flowers dyed my handspun white BFL the most beautiful soft buttery, custardy yellow colour but oh the dyebath did smell dreadful! If I could get this gorgeous shade any other way I would be very happy! 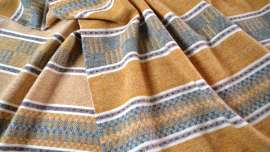