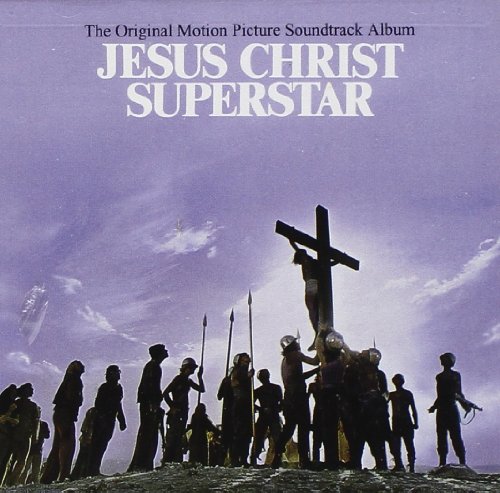 Working for Bermans and Nathans was my first job and I loved it. It was in the early 70s when London was awash with 20-somethings wearing tie-dye T-shirts, loons, afghan coats and long skirts. Bermans and Nathans were the most highly regarded costumiers in the world at that time. They made costumes for the London theatre but even more excitingly – for me – costumes for films.

The company started as Nathans. Established in 1790, Nathans made costumes for fancy dress and for theatre. They were taken over by Bermans, established in 1884, in the early 70s – just before I joined them.

I worked at two of their workshops, the first was at 80 – 81 St Martin’s Lane in Covent Garden. Downstairs now is Pizza Express. But back in the 70s our workshop was upstairs in one of the beautifully lit and enormous rooms that occupied the entire floor.

It was from here that I first started my tentative exploration of Covent Garden and Soho. The excitement of China Town, the music shops, hipster shops selling real Fairisle sweaters, or further afield Carnaby Street still living on its 60s fame. Our runners were in and out each day with new fabrics and new instructions, or picking up costumes for fitting. One of the main sources of cloth was Berwick Street, still an absolutely outstanding place to visit if you like textiles.

The big film we were working on while I was there was Jesus Christ Superstar, the film version of the 1970 rock opera of the same name with music by Andrew Lloyd Webber and lyrics by Tim Rice. You can see the two costumes I made up above. It seemed really spooky at the time that out of all the many characters in the film I got to make the djellaba that Jesus wears throughout the film and the rock star neon white outfit worn by Judas Iscariot.

The djellaba was a really easy job but when I came to see Ted Neeley (Jesus) wearing it in the movie it was almost unrecognisable. The boys in the basement, as I came to think of them, had distressed it beyond recognition. The costume I had made was pristine. By the time it was on set it had been ripped, made grubby looking and generally aged beyond belief. I hadn’t met the boys at that time but I would do within a month or so.

The Judas costume was a whole different thing. Top and trousers made of a really stretchy white synthetic fabric. The trousers were white and tight jeans style but what you never get to see is the fly – it was made from massive, interlocking, diamante. It was really difficult getting it in neatly (remember sewing machines just about did zig-zag and had a basic zip foot in those days).

The huge disappointment for me was that you never get to see it (although my husband swears he sees a sudden sparkle at one point in the video below. The best part was seeing what a brilliant fit they were, and that was thanks to the incredible cutter I worked with at that time. Sadly, I don’t recall the names of either of the cutters I worked with whilst there but next to the costume designers themselves they were the most important people there.

The shirt was the thing I was most proud of. It hung on a pole tied to the beams of the workroom for about a week. Every morning I would start my day by snipping any of the individual strands of the fringe that had relaxed over night and now hung unevenly from the back and sleeves. They fell in a fantastic shape, shorter to the cuffs and almost to the floor at the tops of the arms.

If you have never seen the movie and are interested to get a sense of it and some great shots of the two costumes then check out the YouTube clip below. There are the most outrageous 60s soul girls accompanying the amazing Carl Anderson (Judas), and he really makes that outfit rock!

Once I had done with the Judas outfit I came in one day to discover I was to relocate to headquarters – 8 Orange Street, where Monty Berman had his office. I was about to meet the boys downstairs and a whole host of unforgettable characters. Whereas the dusty workshop in St Martins Lane had seemed like somewhere that had been lost and forgotten since Victorian times, Monty’s office was a temple to costume, theatre and film.

There was a softly furnished reception area which quite shockingly led straight through to a fitting room on one side which faced on to the lift on the other. To me, at age 17 going on 18, it seemed as if there was a game of chicken that went on daily – who would ask for the vast green velvet curtains to be drawn when a fitting was going on. As a result, when you came back from lunch, or needed to take something down to those boys in the basement, you were never quite sure who or what you might see.

My first meeting with the basement boys was taking vast swathes of nylon net down to them which was to be dyed and ripped up to make the costumes for the scene at the leper colony. When They were both crammed into a tiny dark room surrounded by everything and anything you might ever need to make hats, shoes, jewellery, belts, and so on. In another room they had the washing machine that they used to dye the lepers’ outfits various shades of drab and khaki.

The first floor was so entirely given over to Monty and his office that if you were summoned down to see him you walked out of the lift and straight into his office. Our workshop was on the second floor, along with a tiny kitchen that overlooked the back of the National Gallery and Trafalgar Square. I have strong memories of the kitchen because I had just made an afternoon cup of coffee and was stirring in the sugar and gazing out of the window when an IRA bomb exploded somewhere in the vicinity of Trafalgar Square. Windows shook, I screamed, the cutter and the other girls ran in, legs collectively buckled and we came to the recognition that we, like many others in London at that time, had just been hurled into a new era. Bombs started going off across London and even out into leafy Surrey where I was living at the time. The bombings were the beginnings of a big wake-up call for me which would ultimately lead me to leave London and head for my first love, Cornwall.

But a few more adventures, and the making of the costumes for The Three Muskateers – and The Four Muskateers – were still to come before the world completely turned upside down.